Microsoft Surface for work AND play – The best of both worlds

Having just returned from a business trip to the East Coast, I thought I would share a couple of experiences with my Surface RT device that both surprised and delighted me. You already know that I think the Surface Tablet will prove popular with clinicians in both the Surface with Windows RTversion that has been available since October and the Surface with Windows 8 Pro version due to hit stores next Saturday, February 9th. But first, let me share what actually prompted me to write another post about this here on HealthBlog.

Image below: Surface for Windows 8 Pro

This morning, I came across a great article written by Steve Ranger, executive editor of ZDNET and TechRepublic UK. His article, “Surface RT versus the iPad: Which is better for work?” obviously caught my attention. You can read what he said for yourself in what I think is a pretty fair and balanced review. Toward the end of the article he says, “Both the iPad and the Surface are perfectly adequate companion devices, which is where BYOD is right now. Out of the box I found the Surface to be the better tool for working day to day……”. He also states, “Even with its limitations and underpowered specs, the Surface RT is an interesting option as a BYOD device — and the Surface Pro will be even stronger.” To be fair, he also tips his hat to the iPad as a well rounded device. 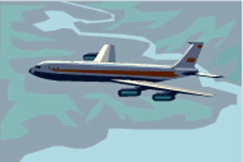 While Mr. Ranger comes to the conclusion that the Surface may be better for business users (he wrote his article using one), he feels the iPad has perhaps more appeal to consumers. But let me explain why I think the tide may be turning, and it comes back to that business trip I made to the East Coast this week. On the plane I was watching some televisions shows I had downloaded from the Xbox Store. One of those was a gorgeous production of Downton Abbey in high definition. In my row of six passengers on the plane, 3 were using an iPad to watch movies while I was using my Surface. I couldn’t help but notice how my program filled the entire screen with a bright, crisp and totally radiant image. The programming being viewed on the iPads was letter-boxed. It was not only much smaller, but frankly it just didn’t look as good to me. I couldn’t help but notice my fellow passengers eyeing the gorgeous bright and much larger image on my Surface RT. I was even more pleased when from the corner of my eye I saw the iPad user across the aisle from me serendipitously take a picture of my Surface with his cell phone.

The next day, I was walking through the lobby of my hotel carrying my Surface RT like a portfolio under my arm. The hotel desk clerk, a young man in his early twenties, came running up to me and said, “Is that a Surface Tablet?”. “Yes”, I replied. “Oh”, he said enthusiastically, “I really, really want to buy one of those. They are so cool!”

So before you go with the herd, take a serious look at Surface especially if you are looking for a device to use in your clinic or hospital. I have previously discussed why I think devices running Windows 8 are a better choice for use in hospitals and clinic settings, data security being a primary consideration.

As luck would have it, I will unfortunately miss my chance to get my hands on a Surface Pro device at the Microsoft Store next Saturday because I’ll be winging my way to Australia and New Zealand on yet another business trip. But you had better bet my trusty Surface RT will be coming along for the ride. Whether for business or pleasure, it is truly the best of both worlds.